Breathing pauses of people on the road - a road movie upside down.


The residents of a Viennese truck-stop and a nearby camping-ground share a common need: Resting and relaxing in between traveling. Be it vacation or because of work, the visitors take their private spaces with them. The everyday rituals performed at the rest stop, tell stories about the personalities and situations of those who make these small spaces their home for the night.

“Iris Blauensteiner’s documentary film REST depicts places that are far from home: a truck-stop and a campsite along one of the busiest highways - Donauufer Autobahn - next to Vienna. Through strict tableaus, she portrays tourists and workers whose travels have been voluntary or involuntary interrupted, as soon as their vehicle comes to a standstill: camper vans that have reached their holiday destination and trucks that have to rest on sundays and public holidays due to fixed driving times are transformed into small replacements for a temporary home. Iris Blauensteiner gets intimate insights into the mobile homes, into daily rituals and personal stories: a life “on the road” does not only entail freedom and movement, but also loneliness and stasis.” (YOUKI International Youth Media Festival) 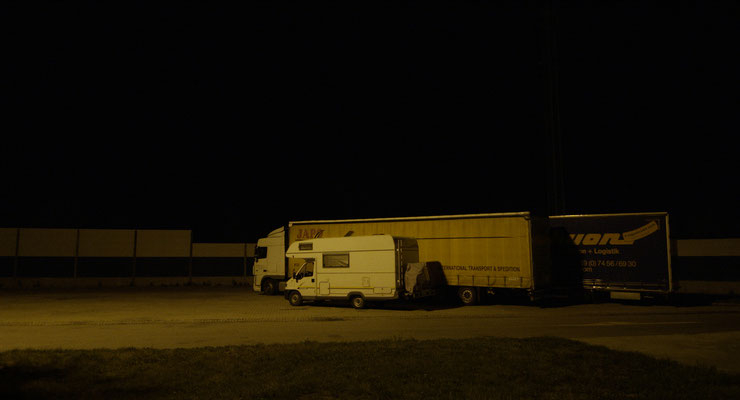 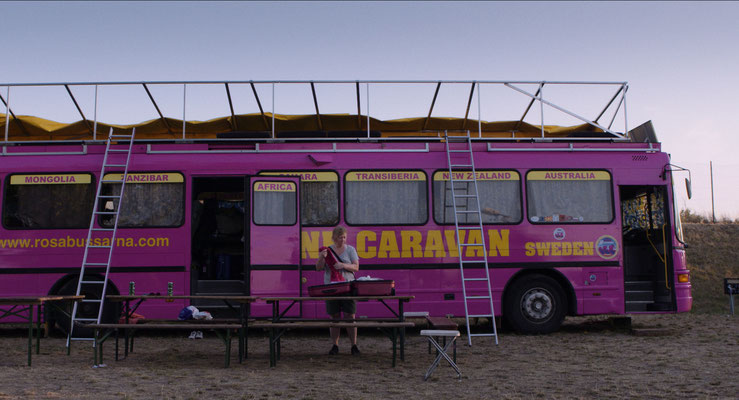 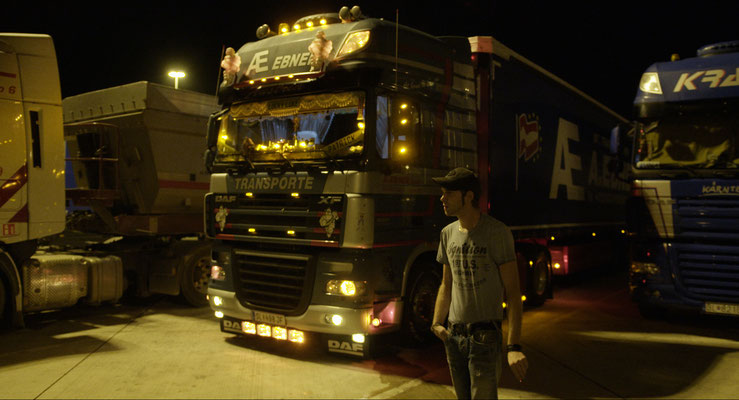